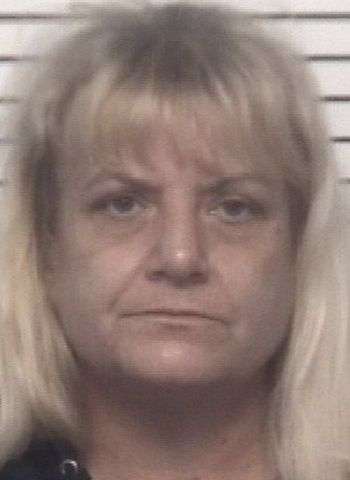 A woman wanted in connection to a robbery previously reported on WHKY has been arrested and was in custody. 54-year-old Cheryl Ann Richardson of Mooresville was arrested by authorities in Iredell County. She’s charged with felony common law robbery, along with misdemeanor counts of assault with a deadly weapon, assault inflicting serious injury, possession of marijuana up to one-half ounce, possession of marijuana paraphernalia, second-degree trespassing, and larceny.

As the female victim was exiting the passenger side of her vehicle, the driver, of the burgundy Ford Explorer, a white female with blonde hair, possibly in her 40s exited the vehicle and started talking to the victim, who had her pocketbook positioned on her left shoulder.

The suspect grabbed the victim’s pocketbook, pulled the victim to the pavement, and dragged her to gain control of the pocketbook. The suspect then fled the scene in her vehicle, nearly running over the victim.

On June 14, a woman reported to the Troutman Police Department that she was approached by a white female driving a burgundy Ford Explorer in the Food Lion parking lot. The caller believes the female was attempting to steal her pocketbook. The woman told police that the woman and the vehicle matched the description of the suspect involved in the robbery in the parking lot of Walmart in Statesville on April 23.

The owner of the Ford Explorer was identified as Cheryl Ann Richardson of Mooresville. On September 24, Richardson was located and interviewed by police. During the interview, Richardson admitted to being the suspect in the April 23 incident. She was released following that interview but was later apprehended October 31.

Richardson was being held in the Iredell County Detention Center as of earlier today (November 8) under $35,000 secured bond. She has District Court dates scheduled for November 18 and November 22.