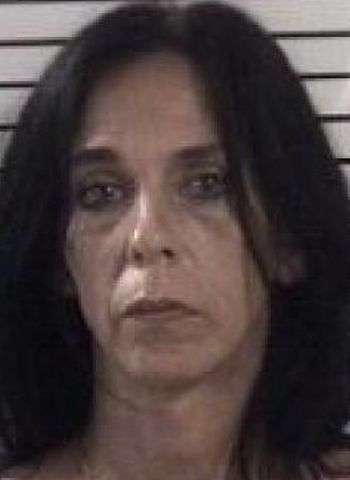 47-year-old Christine Mays of Hobbs Lane in Mooresville was arrested Tuesday (May 24) by Troutman Police Officers. She’s charged with felony counts of possession of a stolen motor vehicle, possession with intent to sell and deliver methamphetamine, possession of meth, and possession of controlled substance on prison or jail premises.

Tuesday at 8:15 p.m., a Troutman Police Officer checked the registration plate of a Chevy Silverado rental truck with U-Haul decals and found that this truck was reported stolen from Mooresville. The officer stopped the vehicle and learned that Christine Mays was the driver.

The officer placed Mays under arrest on the stolen vehicle charge and transported her to the Iredell County Detention Center. During processing detention officers with the Iredell County Sheriff’s Office found narcotics concealed on Mays. Police reportedly found 16.53 grams of meth packaged in three separate bags for sale, resulting in the additional charges being filed.

Bond was set at $6,500 secured, Mays is not listed as an inmate in Iredell County. She’s scheduled to appear in District Court June 13.