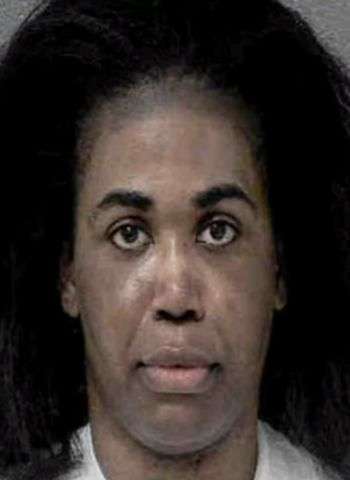 A Georgia woman has been sentenced in connection to an operation that defrauded Walmart stores of more than $800,000. Those stores include locations in and near the Greater Hickory Metro.

Last Thursday, U.S. District Judge Kenneth D. Bell sentenced 38-year-old Cyianna Ashley Woods of Atlanta, Georgia, to 60 months in prison on wire fraud and money laundering charges. She was involved in executing a scheme that defrauded more than 300 Walmart stores of over $850,000, according to Dena J. King, U.S. Attorney for the Western District of North Carolina. Judge Bell also ordered Woods to serve three years of supervised release and to pay $923,915 in restitution.

Judge Bell previously sentenced Woods’s co-defendant, 35-year-old Andre Marquese White, of Norcross, Georgia, to 46 months in prison and three years of supervised release for his role in the conspiracy.

In making Thursday’s announcement, U.S. Attorney King said, “This criminal duo engaged in an extensive scheme that defrauded Walmart of hundreds of thousands of dollars. This type of financial crime impacts not only affected retailers but also consumers in the form of higher prices for goods and services.”

According to filed court documents and the sentencing hearing, from 2013 to 2019, Woods and White organized and executed a counterfeit bank check and wire fraud scheme against 300 Walmart stores in 24 states, including stores located in Catawba, Iredell, Mecklenburg, Anson, Gaston, and Buncombe Counties in North Carolina. To perpetuate the fraud, the defendants made counterfeit checks, which appeared as legitimate bank checks, that they then cashed at various Walmart stores.

In this manner, over the course of the scheme the defendants obtained more than $850,000 in pre-paid debit cards, gift cards, Walmart shopping cards, and other merchandise. Court records also show that, the defendants further laundered the illegal proceeds by purchasing pre-paid debit cards from other retail stores. Both Woods and White previously pleaded guilty to wire fraud and money laundering charges.