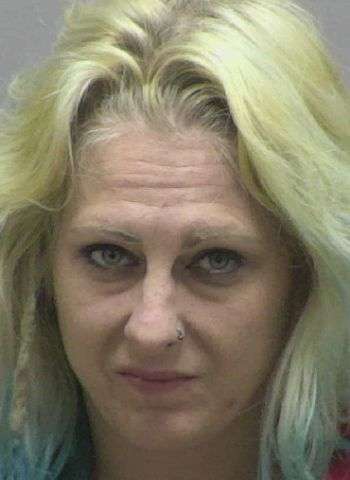 Wednesday at approximately 1:00 p.m. a deputy was traveling south on New N.C. 16 when he got behind a pickup truck with no license plate on the vehicle. The driver made several turns before the officer could conduct a traffic stop on N.C. 73 near the entrance to Hunters Bluff Drive.

The deputy made contact with the driver, Jessica Lynn Foreman. He informed the driver she was being stopped because the vehicle did not have a license tag. Foreman also reportedly didn’t have a valid driver’s license. The deputy reports that they saw drug paraphernalia on the passenger seat and asked the driver if there were additional syringes and drugs in the vehicle.

Foreman was given a $20,000 secured bond. She is not currently listed as an inmate in Lincoln County. A District Court appearance was scheduled Thursday (November 19).