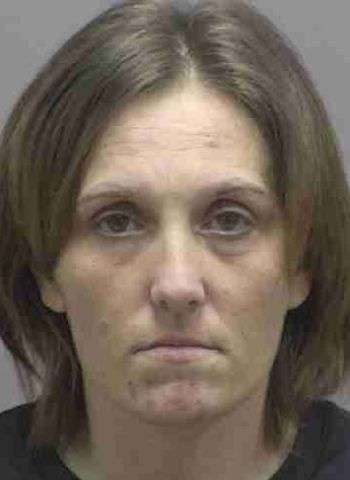 34-year-old Erica Lynn Caraluzzo of North Cedar Street in Lincolnton was arrested Thursday (February 4) by Lincoln County Sheriff’s Officers. She’s charged with felony counts of possession with intent to sell and deliver methamphetamine and maintaining a dwelling for a controlled substance. She was also charged with possession of marijuana and possession of drug paraphernalia.

On Thursday, detectives with the Lincoln County Sheriff’s Office Criminal Investigations Division were attempting to serve warrants on an individual at an address on North Cedar Street in Lincolnton. After placing the individual in custody they reportedly saw in plain view a marijuana smoking pipe and a methamphetamine smoking pipe.

Detectives contacted the Lincoln County Sheriff’s Office narcotics investigators who responded to the scene. After speaking with the homeowner, Erica Lynn Caraluzzo, investigators applied for a search warrant for the residence. A search of the home led to the seizure of five grams of methamphetamine wrapped in individual plastic baggies, marijuana and drug paraphernalia.

Caraluzzo was placed in the Harven A. Crouse Detention Center under a $25,000 secured bond. A District Court appearance was scheduled today (February 5).