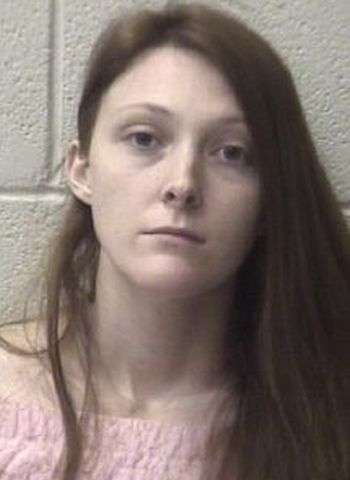 A woman charged with accessory in an Alexander County murder case has been released after being sentenced to time already served. 32-year-old Brandy Lynn Miller of Stony Point was charged with accessory to the fact of first-degree murder in connection to the fatal shootings of 38-year-old Chad Lee Kennedy and 57-year-old Mark Jefferson Furey. The two men were found shot to death inside a mobile home located off Mount Wesley Church Road in Alexander County. The victims were found on February 9, 2019.

The two men were living at the location and were found with multiple gunshot wounds. Then Alexander County Sheriff Chris Bowman said that both were shot at close range and likely shot with a rifle. Miller was arrested in Virginia on March 16, 2019 along with Robert Bryan Hoover of Stony Point. Hoover entered a plea of guilty on December 13, 2022 to two counts of second degree murder and was sentenced to 292-363 months in prison (24 years and 4 months to 30 years and 3 months).

Adam Thomas Morgan of Taylorsville pleaded guilty in November, 2022 to two counts of second degree murder and was sentenced to 221-278 months in prison (18 years and 5 months to 23 years and 2 months) with credit for time served in jail.

Last week, Miller’s charges were reduced to obstruction of justice as part of a plea agreement. She was given credit for time served in jail by an Alexander County Superior Court Judge and was released from the Alexander County Detention Center.