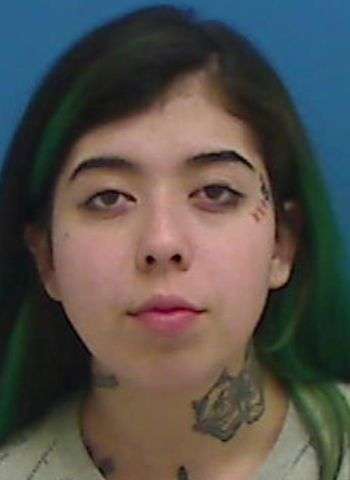 A Cleveland County woman will not face the death penalty in connection to the murder of a 72-year-old Hickory man. District Attorney Scott Reilly confirmed to WHKY that the ruling was handed down Monday in Catawba County Superior Court.

23-year-old Bryana Salymar Martines of North Washington Street in Shelby is charged with first-degree murder in connection to the death of Robert Godfrey. Godfrey was found dead December 4, 2021 at the Preston Ridge apartment complex on Startown Road. Godfrey was found by his son and, according to reports, had been dead for a few days before being found.

Judge Gregory Hayes rendered the decision that the case would be non-capital during Monday’s court hearing. Martines is also charged with larceny, larceny of a motor vehicle and possession of a stolen motor vehicle. The District Attorney confirmed to WHKY that, according to court documents, Martines admitted to killing Godfrey and was planning to flee to Mexico. The victim and suspect reportedly knew each other, they met in early 2021.

At the time of the murder, Martines was reportedly involved with 28-year-old Abraham Adon, Jr., of Fort Mill, South Carolina, Martines reportedly told Adon she would be able to get Godfrey’s car. She allegedly went to his apartment and killed him.

Reports say Martines and Adon took some of Godfrey’s belongings, including his Honda Civic. On December 2, the couple were spotted by police in Georgia. Adon was later arrested in South Carolina. According to court records, Adon is currently charged in Mecklenburg County with offenses including felony counts of breaking & entering and larceny after breaking & entering.

Martines is currently being held without bond at the Catawba County Detention Facility. She has a Superior Court date June 6.