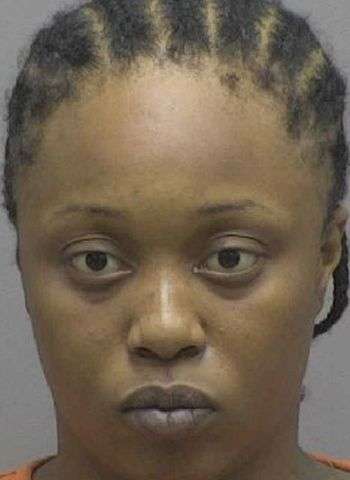 Deputies were dispatched to a residence in the 600 block of Brevard Place Road in Iron Station at approximately 4:20 a.m. Sunday (February 21) in reference to a report of an altercation that occurred at a home on Newman Lane. Deputies arrived to find the male victim at a relative’s house with a stab wound to the chest. Lincoln County EMS was dispatched to the scene and transported the victim to Caromont Regional Medical Center in Gastonia where he was treated for his injuries.

The suspect in the case, McClain, had already left the scene but returned a short time later while deputies were still there. She was taken into custody without incident. McClain was taken before a Lincoln County magistrate, charged, and placed in the Harven A. Crouse Detention Center under a no bond hold.

While being processed into the jail, McClain is accused of blowing into the face of the processing officer twice after admitting she had tested positive for Covid-19 eight days earlier, resulting in the assault on a government official charge. Bond was set at $5,000 secured for that count. McClain was no longer listed as an inmate in Lincoln County. A District Court date is set for March 9.