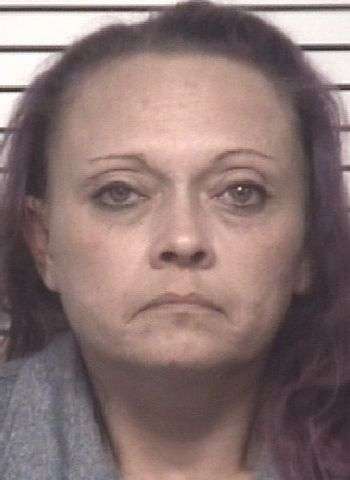 44-year-old Jolena Larae Addair of Statesville was arrested Sunday (October 2) by Troutman Police Officers. She’s charged with felony counts of trafficking in heroin and maintaining a vehicle or place for controlled substances. Addair is additionally charged with one misdemeanor count of carrying a concealed weapon, and two misdemeanor counts apiece of simple possession of schedule IV controlled substance and possession of drug paraphernalia.

On Sunday, officers received a report of a careless and reckless driver in the area of 265 North Main Street in Troutman. Upon arriving on the scene they found the suspected vehicle, a white Hyundai Elantra, and made contact with the driver, Jolena Addair.

While speaking with Addair, officers reportedly noticed narcotics inside the vehicle. A search of the vehicle was conducted leading to the reported discovery of 9.3 grams of heroin and a concealed firearm. Addair was then arrested by officers.

Addair was brought to the Iredell County Detention Center where she was jailed under a $152,500 secured bond. She remained in jail as of earlier today (October 4). Her next District Court date is scheduled for October 24.