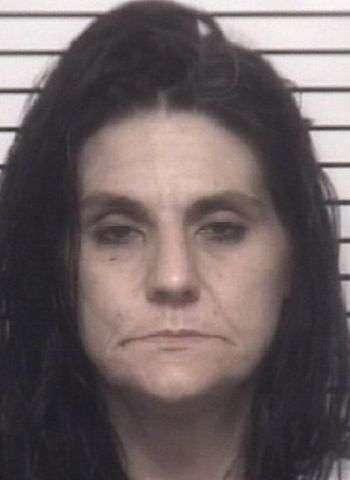 42-year-old April Lynn Humphries of Kings Mountain was arrested Tuesday (March 8) by Iredell County Sheriff’s Officers. She’s charged with two felony counts of possession with intent to sell or deliver crystal methamphetamine, single felony counts of trafficking crystal meth by sale, transportation, and possession, and maintaining a vehicle for the use and/or sale of a controlled substance. Humphries is also charged with misdemeanor possession of drug paraphernalia.

On Tuesday (March 8), members of the Iredell County Sheriff’s Office Aggressive Criminal Enforcement Team along with narcotics investigators, arrested April Lynn Humphries. She’d previously been arrested in Iredell County on February 22, 2022 on felony counts of possession of meth, possession with intent to sell and deliver clonazepam and maintain a vehicle for the use and sale of a controlled substance, along with misdemeanor drug counts.

Following that February 22 arrest, an investigation was launched into the suspect’s possible involvement in the distribution of narcotics in Iredell County. During this investigation, officers reportedly purchased a trafficking quantity of crystal meth, a total of 34 grams, directly from Humphries.

Investigators learned that Humphries was going to be at the Home Run gas station off exit 45 and interstate 77 and was likely to be in possession of additional narcotics. Officers made contact with Humphries and found her to be in possession of 19.1 grams of crystal meth. She was arrested and the latest charges were filed. It was also discovered that Humphries had additional arrest warrants from Cleveland County for trafficking meth.

Humphries was jailed in the Iredell County Detention Center under $1,500,000 secured bond. She remained in jail as of earlier today (March 11). District Court appearances are scheduled for March 16 and March 30.

Humphries has a criminal history that includes convictions dating back to 2005 for felony counts of possession of schedule II controlled substance and receiving a stolen vehicle, along with misdemeanor counts of possession of drug paraphernalia, larceny, second-degree trespassing, driving while impaired and solicit for prostitution.