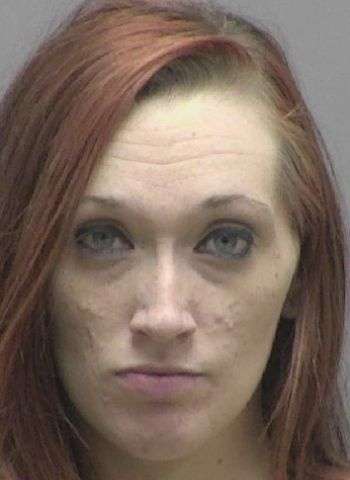 24-year-old Taylor Anne Metakes of Lincolnton was arrested last Wednesday (April 13) by Lincoln County Sheriff’s Officers. She’s charged on true bills of indictment with possession with intent to manufacture, sell, and deliver methamphetamine, maintaining a vehicle for a controlled substance, and possession of drug paraphernalia. A male suspect was also arrested in this case and charged with misdemeanor drug counts.

A Lincoln County Sheriff’s Deputy was patrolling last Wednesday in the area of Old Mill Road and Asbury Church Road when she got behind a vehicle with the license plate partially covered. She conducted a traffic stop and approached the vehicle which was occupied by a male driver and a female passenger. The passenger was identified as Taylor Anne Metakes.

Deputies conducted a search and reportedly found illegal drugs and drug paraphernalia in several locations in the vehicle. Metakes was served with the true bills of indictment which were issued by the Lincoln County Grand Jury in January. Metakes was placed in the Harven A. Crouse Detention Center under a $70,000 secured bond. She’s scheduled to appear in Superior Court April 26.