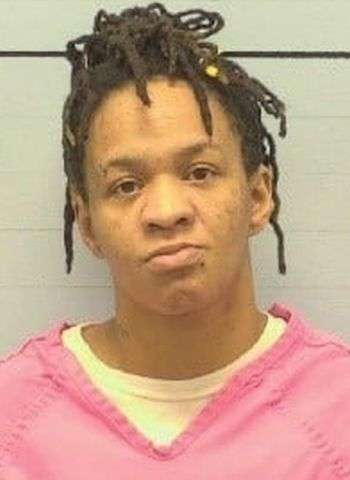 The Burke County Sheriff’s Office is asking the public to be on the lookout for a wanted woman. 34-year-old Katia Celaina Christian, who has an alias of “Taz”, is being sought by authorities. Her address is listed as 112 William Parks Lane in Morganton. Christian is charged with felony counts of larceny of a motor vehicle and probation violation in Burke County, felony possession of a stolen motor vehicle in Catawba County, and felony possession of heroin in Caldwell County.

Christian is also known to frequent the Oak Hill area, Chesterfield area, Henderson Mill Road and the area of Highway 18 South. She has been seen driving in a silver Toyota Camry, model year from 2018-2020. The Burke County Sheriff’s Office along with North Carolina Probation and Parole are attempting to locate Christian.

She is described as a black female, 5’1″, 160 pounds, with tattoos on her right hand, right forearm, left wrist, and one that says “Sabrina” on the right side of her neck.

Anyone with any information regarding the whereabouts of Katia Celaina Christian is asked to call the Burke County Sheriff’s Office at 828-438-5500 or Morganton/Burke Crimestoppers at 828-437-3333. All Crimestoppers tips are anonymous, and anyone with information leading to an arrest may receive a cash reward. The Burke County Sheriff’s Office reminds citizens to never attempt to apprehend a fugitive yourself.