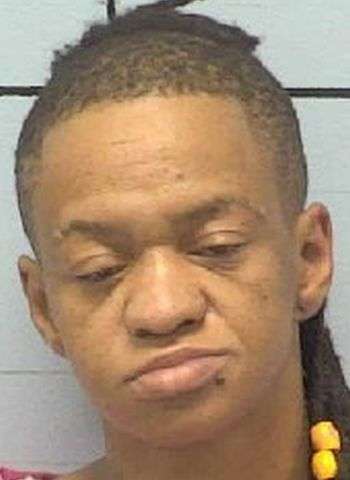 A woman who was wanted by authorities in Burke County has been arrested and charged. 34-year-old Katia Celaina Christian was arrested Tuesday (August 17) by Burke County Sheriff’s Officers. She’s charged with felony counts including possession of schedule II controlled substance, possession of stolen goods, larceny of a motor vehicle, probation violation, and failure to appear. She’s also charged with misdemeanor counts of driving while license revoked, possession of drug paraphernalia, failure to appear, and fail to heed light or siren. Christian is also charged on an out-of-county warrant.

She was arrested shortly after 4 p.m. Tuesday at an address on Orchid Lane in Valdese. Christian was placed in jail in Morganton under $155,000 secured bond. She remained in jail as of earlier today (August 19). She has multiple upcoming court dates scheduled in Burke County, with the first being in District Court Friday (August 20). She was scheduled to appear in Superior Court in Catawba County today. Christian also has a District Court date in Catawba on August 26. No court dates were listed in Caldwell County.