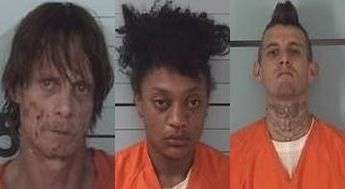 Three suspects placed on the Burke County most wanted list earlier this year are still being sought.

31-year-old Dionna Shaneice Tate also remains on the list of suspects wanted in Burke County. The charge against Tate is felony possession of controlled substance on jail premises. The last known address for this suspect is unknown. Tate has been on the Burke County most wanted list since March 6.

28-year-old Dalton Gage Hughes remains on the most wanted list issued by Burke County authorities. The charges against Hughes are felony counts of larceny and possession of stolen goods. His last known address was 3306 Flat Gap Road in Valdese. Hughes has also been on the list since January 17.

Person Of Interest Sought In Connection To Arson At Business