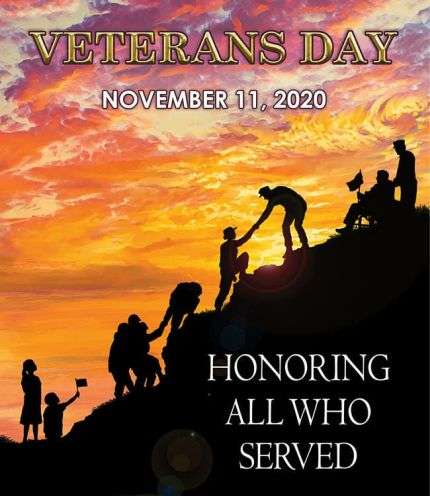 Today is Veterans Day, so named to honor all of those who have served in the armed forces in the United States. The history of this day goes back more than a century. In November 1919, President Woodrow Wilson proclaimed November 11 as the first commemoration of Armistice Day. The first celebration using the term Veterans Day occurred in Birmingham, Alabama, in 1947. The event was also held on November 11, then designated Armistice Day. Later, U.S. Representative Edward Rees of Kansas proposed a bill that would change Armistice Day to Veterans Day. In 1954, Congress passed the bill that President Eisenhower signed.

The COVID-19 pandemic has limited Veterans Day events that have typically been held in the past. Many restaurants are still offering free meals for Veterans today, you can check online to see the establishments who are participating.