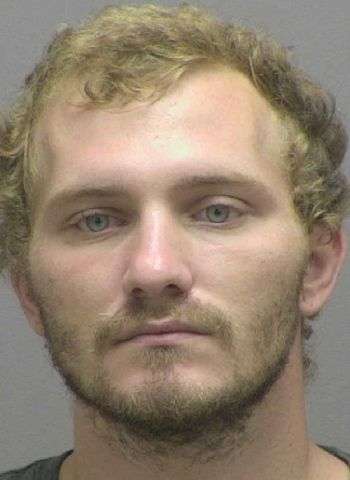 Black was arrested after a North Carolina Wildlife Officer conducted a traffic stop yesterday (August 25) on the 100 block of Huss Street in Lincolnton. A Lincoln County Deputy assisted. The vehicle was stopped for an expired license plate and movement violations.

The Wildlife Officer told the Deputy that the driver was trying to conceal a backpack beneath his legs in front of the driver’s seat. A check for warrants on the driver, Austin Dwayne Black, revealed outstanding felony warrants out of Lincoln County. Black was removed from the vehicle, handcuffed, and placed in a Lincoln County patrol car. A search of the backpack turned up marijuana, methamphetamine, and drug paraphernalia. A female and a child in the vehicle were picked up by a friend.

Following his arrest, Black was placed in the Harven A. Crouse Detention Center under an $8,500 secured bond. He’ll appear in District Court on September 15.