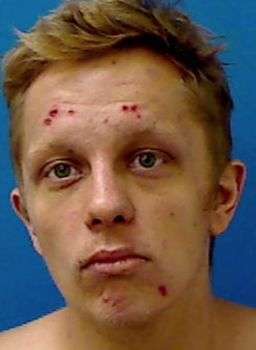 27-year-old Damon Joseph Scronce of Hope Road in Vale has been served a felony warrant as a fugitive awaiting extradition to another state. He is wanted by the Carter Co. Sheriff’s Office in Elizabethton, Tennessee for a probation violation. Scronce has been in the Catawba Co. Detention Facility since September 3 after he was arrested by Catawba Co. Sheriff’s Officers for failure to appear on a drug paraphernalia charge.

He is on probation following a September 2019 conviction in Tennessee for simple possession of a schedule VI controlled substance. Scronce allegedly missed an appointment, failed to attend a meeting, and failed to make a payment, as required by the terms of his probation.

Authorities Seeking Motorcyclist Involved In Pursuit That Resulted In Wreck

Thursday (September 10), at 7:59 p.m., while Burke County detectives were traveling east on Interstate…