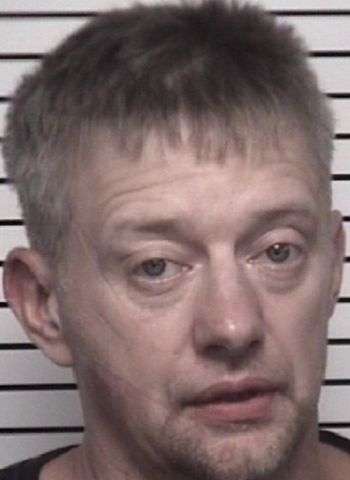 44-year-old Jason Bart Johnson of Lefevers Road in Vale was arrested Wednesday (August 17) by Iredell County Sheriff’s Officers. He’s charged with felony counts of flee to elude arrest with a motor vehicle and possession of a stolen motor vehicle. Johnson is also charged with misdemeanor counts of resisting a public officer, careless and reckless driving, injury to real property, and driving while license revoked.

Early Wednesday morning, an Iredell County Sheriff’s Deputy attempted to stop a vehicle traveling on Wilkesboro Highway for a traffic violation. The driver of the car pulled into the parking lot of the Food Lion on Wilkesboro Highway and then drove off at a high rate of speed. The officer lost sight of the vehicle for a brief period; additional deputies responded to the area to assist in locating the car.

A deputy found the suspect’s vehicle a few minutes later, one mile north of the Food Lion parking lot; it had been wrecked and abandoned. After further investigation, it was discovered the vehicle, a 2013 Nissan Maxima, had been reported stolen by the Statesville Police Department earlier in the evening.

Johnson was taken into custody by the deputies without further incident. His bond was set at $10,000 secured. Johnson is not currently listed as an inmate in Iredell County. A District Court appearance is scheduled for September 6.