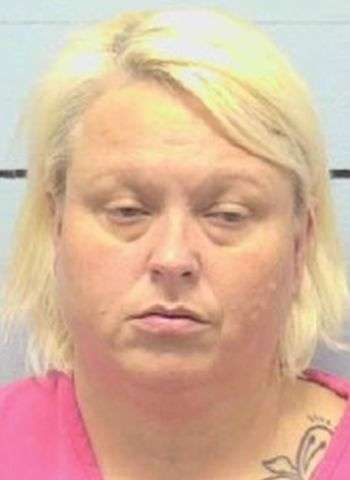 Last Friday (July 30), North Carolina Probation Office officers and Burke County Sheriff’s Office detectives conducted an investigation at 3644 Tom Deal Avenue in Valdese. Upon arrival, contact was made with Johnnie Denise Hickman, who is currently on probation for a March, 2020, conviction in Burke County for felony possession of methamphetamine. During a search of the residence, detectives found and seized methamphetamine and drug paraphernalia. Hickman was arrested and charged.

In addition, on May 26, 2021, Burke County Sheriff’s Office narcotics officers and North Carolina Probation and Parole officers initiated an investigation at the same Valdese address. Approximately one pound of methamphetamine, other controlled substances, drug paraphernalia and a large quantity of U.S. currency was seized from the residence on that date. Hickman was charged with trafficking in methamphetamine and various other drug offenses.

Hickman is not currently listed as an inmate in Burke County. She was scheduled to appear in District Court Monday (August 2) on the new drug charges. She also has a Superior Court date scheduled for September 7.