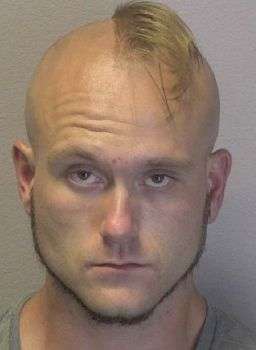 He was arrested when Hickory Police responded to a call regarding a vehicle in the roadway on the McDonald Parkway. During the investigation, Officers found 3.9 grams of methamphetamine, 0.1 grams of heroin, and drug paraphernalia.

Day was taken into custody without incident. He was placed in the Catawba Co. Detention Facility with bond set at $5,000, secured. A first appearance in District Court was scheduled today (July 23) in Newton.