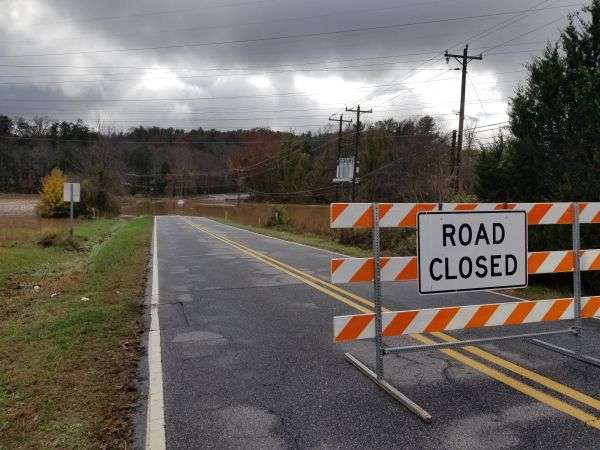 Flooding on November 12, 2020, caused 16 Alexander County roads to be closed for repairs. As of the most recent update, which was presented at this month’s Alexander County Commissioners meeting, 13 roads were still closed. The update was given by Public Information Officer Gary Herman.

Herman told Commissioners he has been in close contact with North Carolina Department of Transportation (NCDOT) Division 12 staff to help keep the public updated on the situation. Three roads have been repaired and reopened, Millersville Road, Nester Road, and Smith Grove Church Road.

The bridge on Cheatham Ford Road will be replaced. The project is under contract and is in the design phase. The contractor is removing flood debris as well as debris from where part of the bridge collapsed. The new bridge is expected to be complete by December 2021.

Work is underway on Macedonia Church Road at Glade Creek as the contractor continues grading and erosion control measures. Work has also started at 2535 Rocky Springs Road. At 958 Sulphur Springs Road, the pipe has been installed and partially backfilled, and the contractor is forming a concrete headwall to reinforce the culvert.

Herman said the only road repair that isn’t progressing is Old Wilkesboro Road near Jaycee Park Loop. The NCDOT is working with utility companies to relocate underground utilities to allow road repairs.