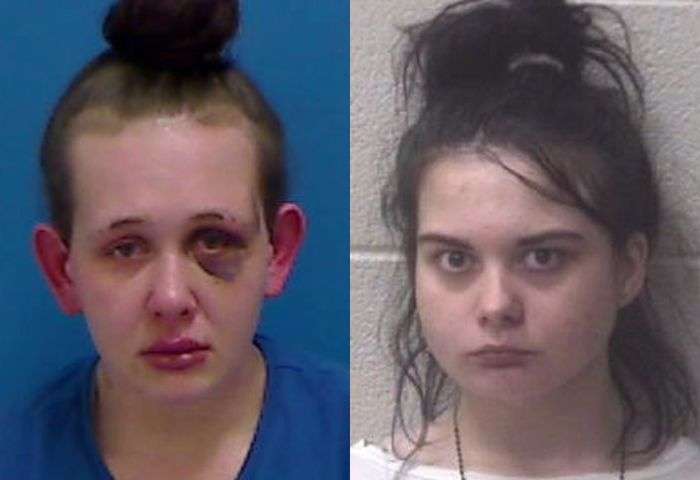 24-year-old Haley Odesa Godshall of Hickory and 21-year old Daisy Renee Bare of Lenoir have both been served with true bills of indictment for felonious involuntary manslaughter.

They were charged in connection to an incident last November when Long View Police responded to Frye Regional Medical Center in reference to a child who had been transported to the Emergency Department. Hickory Police initially responded and notified Long View Police of the child’s condition. The incident reportedly began at a residence in Long View. The child – a 16-month-old boy named Kingston — died on November 7 at the hospital.

Investigators from Long View and the N.C. State Bureau of Investigation conducted a crime scene search at the residence on 24th Street S.W. in Long View. On November 10, an autopsy was conducted at Wake Forest Baptist Hospital in Winston Salem.

On March 28 of this year, Investigators received the final autopsy report from the state Medical Examiner’s office. The autopsy revealed that the child’s death was caused by the toxic effects of fentanyl. On April 18, a Catawba County Grand Jury returned indictments on both suspects. Neither suspect is the mother of the deceased child.

Godshall and Bare were served with the indictments yesterday (April 21). Godshall has been in the Catawba County Detention Facility since April 6. She is being held under a $100,000 secured bond on the manslaughter charge, plus a $150,000 bond on multiple counts of failure to appear. Bare is in the Alexander County Detention Center with bond on the manslaughter charge set at $1-million, plus a $25,000 bond on a larceny charge. Godshall has a Superior Court date on June 6 in Newton. Bare will appear in Superior Court on Monday (April 25) in Newton with an Alexander County court date on May 23.

The Alexander County Public Works/Facilities Department will hold a “Shred Day” on Saturday, May 7.…