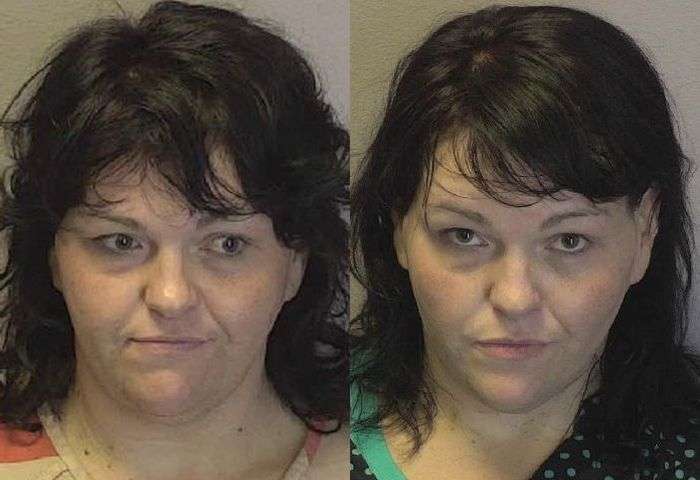 39-year-old Michelle Margaret Whitney of Moravian Falls, N.C. and 36-year-old Brandie Rae Whitney of North Wilkesboro were both arrested by Hickory Police shortly after eight o’clock Saturday night (October 24). Both suspects were charged with felony larceny. Michelle Whitney also faces two probation violations and one misdemeanor count of resisting, delaying, or obstructing a public officer. In addition, Michelle Whitney was charged with failure to appear on charges of possession of methamphetamine and possession of drug paraphernalia.

Both women were arrested in connection to a larceny at the Belk store in Hickory’s Valley Hills Mall on Highway 70 S.E. Michelle Whitney is on probation as she serves a 36-month suspended sentence following an August 2020 felony conviction in Burke County for possession of a schedule II controlled substance.

The Whitneys were taken into custody at the mall. They were placed in the Catawba Co. Detention Facility with bond for Michelle Whitney set at $55,000, secured, while Brandie Whitney was given a $1,000 secured bond. Brandie Whitney has since been released. First appearances in District Court were scheduled today (October 26) in Newton. Michelle Whitney also has a Superior Court date coming up on November 2 in Caldwell County on the drug charges and an out-of-county probation violation.

Road Closure Announced For This Weekend In Hickory

City Walk contractors will continue work on the N.C. 127 pedestrian bridge in Hickory this…