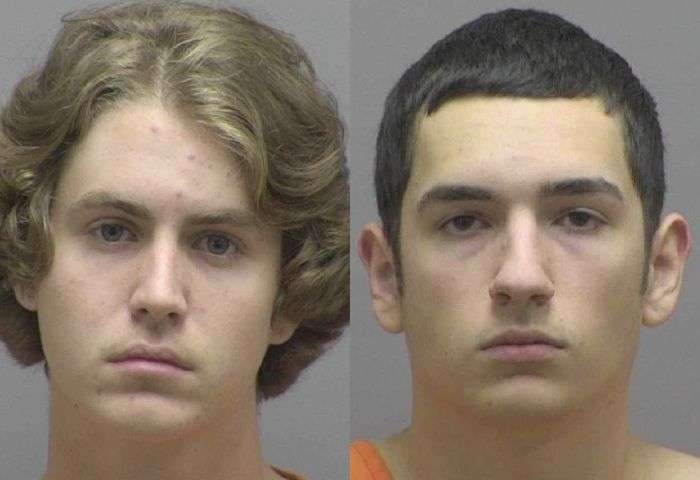 They were arrested yesterday (December 7) when a Deputy parked on North Carolina Highway 16 Business North near the Lincoln Charter School-Denver was approached by an individual who said something was being sold out of a pickup truck parked in the school parking lot. The Deputy spotted the suspect vehicle in the gravel parking lot at the charter school. The Deputy approached the vehicle and asked the driver to roll down his window. The deputy noticed the smell of marijuana coming from the truck.

The occupants were asked to exit the vehicle after admitting to a small amount of marijuana in the center console. The driver also said there was a red cloth bag that was left in the truck by an unknown person. The Deputy found the red bag. In the bag were several large plastic bags containing a green leafy substance believed to be marijuana. Also in the red bag were a digital scale, T.H.C. vaporizer cartridges, and a bottle of vodka. The marijuana weighed 519 grams in total. Deputies also seized a small amount of cash from the driver and cell phones from all three suspects.

The charter school’s Resource Officer was notified and called to the scene, along with the principal and assistant principal. Davis’ parents and Digiacomo’s parents also came to the scene.

Austin Ryan Davis was the driver and Zackary Thomas Digiacomo was a rear seat passenger. The 17-year-old male front seat passenger will be charged under a juvenile petition. He was turned over to his parent, who came to the scene.

Davis was given a $10,000 secured bond, while bond for Digiacomo was set at $7,500, secured. They were both scheduled to make first appearances in District Court today.

All three suspects are seniors at Lincoln Charter School-Denver.