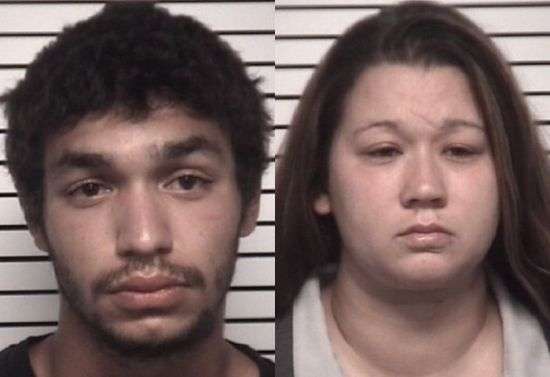 On Sunday, deputies responded to an address on Teeter Road, east of Mooresville, in reference to a call of CPR in progress on an infant. When the officers arrived on the scene, they learned Iredell County EMS had transported the child to a local medical facility with CPR still being performed. The deputies then found and interviewed the child’s father, Adrian Lyons, who said he found the infant unresponsive and called 911.

Iredell County Sheriff’s Office Criminal Investigators arrived on the scene and started an investigation to determine what occurred to cause the child to be unresponsive. Calinda Steinseifer was interviewed by investigators, and she told them she had been asleep when Lyons woke her up, saying they needed to go to the Emergency Room because something was wrong with the child. Lyons told the investigators he had fed the baby, then put her down to sleep. He then checked on her thirty minutes later and found her limp and unresponsive.

When the investigators arrived at the hospital, they were briefed by the attending medical staff. They learned the infant had brain swelling, bleeding on the brain and hemorrhages. Medical staff described this as un-accidental brain trauma. The infant was airlifted to Levine Children’s Hospital for more advanced treatment.

After receiving this information, the investigators re-interviewed both Lyons and Steinseifer. Lyons admitted running into a door and striking the infant’s head two weeks ago. He went on to say the baby would not eat, was crying a lot and twitching. Steinseifer admitted to knowing about the incident but did not seek medical attention for the infant for fear of getting in trouble.

Both suspects were placed in the Iredell County Detention Center, Lyons without bond, and Steinseifer under $150,000 secured bond. Lyons was jailed without bond due to the fact that he is on probation for a prior conviction of felony child abuse in Davie County in 2019. Both suspects remained in jail as of earlier today (September 20) and are scheduled to appear in District Court October 10.

The Iredell County Department of Social Services was also notified as this is an ongoing investigation.