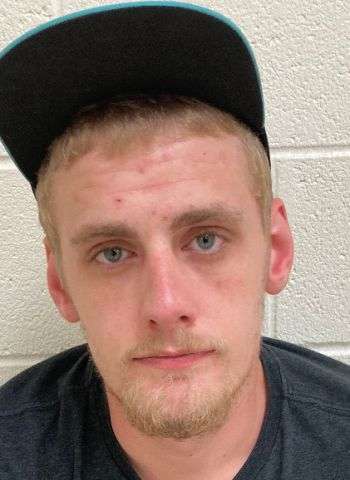 24-year-old Jacob Gherret Hamrick of Newton and a juvenile accomplice have been identified as the suspects in a break-in at Blackburn Elementary School. Hamrick has been arrested and charged with felony counts of breaking & entering and larceny.

The break-in was discovered by school administrators at about 7:30 this morning (June 2). Investigators believe the suspects entered the school through an unsecured door. Sheriff’s Officers found Hamrick and almost all the stolen items during a canvass of area residences.

Among the stolen items recovered were six compound bows used by the school’s archery program, 89 packages of Pop-Tarts, 38 cartons of milk, 42 packages of cheese sticks, 11 containers of strawberry apple sauce, and two cartons of orange juice. A pack of crackers stolen from the school had already been consumed.

Following his arrest, Hamrick was given a $1,000 unsecured bond with a first appearance in District Court coming up tomorrow in Newton. The juvenile’s involvement in the break-in will be addressed with the Office of Juvenile Justice.