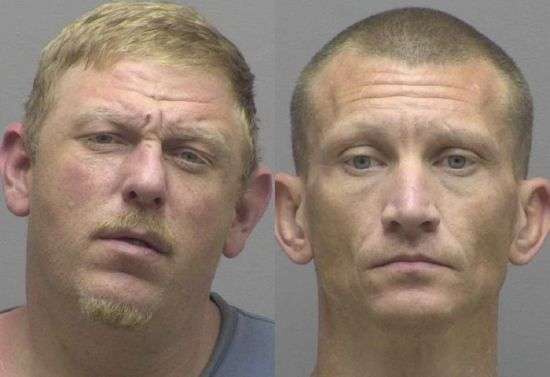 40-year-old Brandon Walt Kirksey of Maiden and 41-year-old Jacob Lee Barkley of Denver, N.C. were arrested by Lincoln County Sheriff’s Officers. They’re each charged with felony counts of uttering a forged instrument and obtaining property by false pretense.  The two men are charged with with passing forged checks at the same business earlier this year. Kirksey was arrested on June 24 and Barkley was taken into custody June 30.

Barkley was arrested on June 30 after Iredell County deputies located him living at a boarding house in Statesville. Kirksey’s bond was set at $25,000 secured, Barkley received a $30,000 secured bond. They both remained in the Harven A. Crouse Detention Center in Lincolnton as of earlier today (July 5). Kirksey’s next District Court date is July 19, Barkley was scheduled to appear in District Court today.