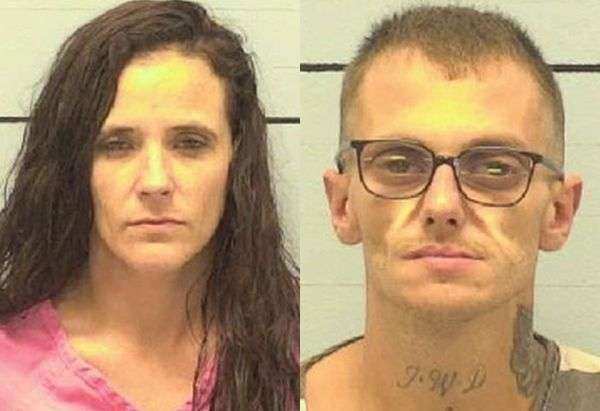 31-year-old Brittany Nicole Woody of Morganton and 28-year-old Jesse Wayne Douglas of Lenoir were arrested Monday (August 9) by Morganton Public Safety Officers. They’re each charged with felony trafficking methamphetamine and misdemeanor possession of drug paraphernalia. Woody is additionally charged with felony maintaining a vehicle for controlled substance along with misdemeanor counts of possession of schedule II, IV, and VI controlled substance. She’s also charged with highway violations and there are two outstanding orders for arrest for Woody.

Monday at approximately 11:45 p.m., Public Safety Officers were patrolling South Sterling Street when they noticed a white Dodge Avenger displaying a fictitious tag. A vehicle stop was conducted. Woody was driving the vehicle and Douglas was a passenger. Drug paraphernalia was reportedly found in plain view inside of the vehicle, that led to a search. 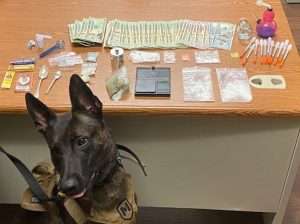 Altogether, officers found and seized more than 39 grams of meth, four grams of marijuana, eight dosage units of alprazolam, one dosage unit of Oxycodone, a digital scale, and more than $1,700 in cash. Both Woody and Douglas were taken into custody. They were each placed in jail in Morganton, Woody under $58,000 secured bond, Douglas under $50,000 secured bond. They remained in jail as of earlier today (August 11). District Court appearances are scheduled Thursday (August 12).