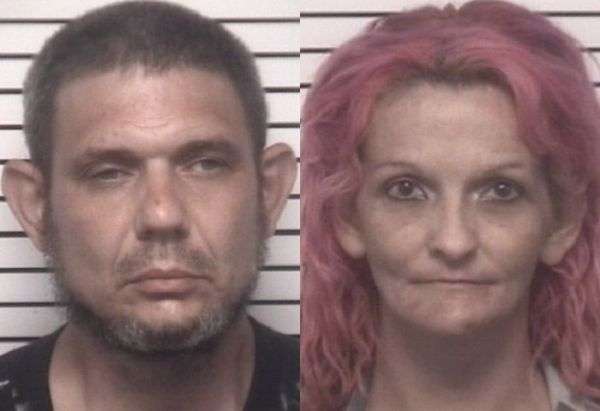 Church was charged with: felony possession of meth, along with misdemeanor counts of possession of schedule III controlled substance, (Buprenorphine Hydrochloride), and possession of drug paraphernalia.

Last Friday, May 14, Iredell County Sheriff’s Officers were assisting the Statesville Police Department with a special assignment. An Iredell County officer conducted a traffic stop at the intersection of West Garner Bagnal Boulevard and Shelton Avenue for a traffic violation. While speaking with the driver, the officer became suspicious. A K-9 officer indicated that there were illegal drugs present.

A search of the vehicle reportedly resulted in the discovery of 33.2 Grams of crystal meth which was packaged in a manner consistent with individual sales, three dosage units of Buprenorphine Hydrochloride and drug paraphernalia. Little and Church were arrested on scene, then taken to the Iredell County Detention Center.

At approximately 9:40 last night (April 28), Hickory Firefighters were dispatched to a structure fire…