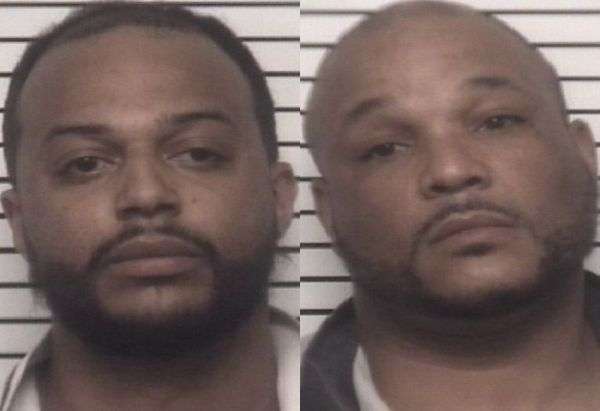 31-year-old Matthew Matias-Gonzalez of Elmira, New York, and 42-year-old Odalis Gonzalez of Manchester, New Hampshire, were arrested by Iredell County Sheriff’s Officers. They’re each charged with felony counts of trafficking cocaine by possession and transport, possession with intent to sell or deliver cocaine, and maintain a vehicle for the sale or use of a controlled substance.

According to information released Thursday (March 11), last Wednesday, March 3, deputies with the Iredell County Sheriff’s Office conducted a traffic stop on a vehicle registered out of New York, a 2020 Chevrolet Impala, on Interstate 77 Southbound at the 62 miler marker. They stopped the vehicle for a traffic violation.

Deputies encountered Matthew Matias-Gonzalez, who was driving, and Odalis Gonzalez, who was the passenger. While speaking with the two men, Matias-Gonzalez, said the two were traveling from Elmira, New York to Charlotte, North Carolina. After speaking with the two subjects, Canine “Abby”, was called to the scene to assist with the traffic stop. “Abby” gave a positive alert on the vehicle for the presence of an illegal narcotic.

Deputies searched the vehicle, and found a large amount of Cocaine concealed in a duffle bag in the trunk of the vehicle along with a large amount of U.S. Currency. Both suspects were arrested at the scene. A total of 775 grams or 1.7 pounds of Cocaine with a street value of 77,500 dollars was seized along with $10,576 in U.S. currency was seized.

Odalis Gonzalez was recently released from federal custody after serving a 20 year sentence for previous drug crimes. Both suspects were brought to the Iredell County Detention Center under $850,000 secured bond. Gonzalez remained in jail as of earlier today (March 12). Matias-Gonzalez is not listed as an inmate. They both have District Court appearances March 17.

Once again, no new COVID-19-associated deaths were reported in the Hickory Metro Tuesday (March 30).…