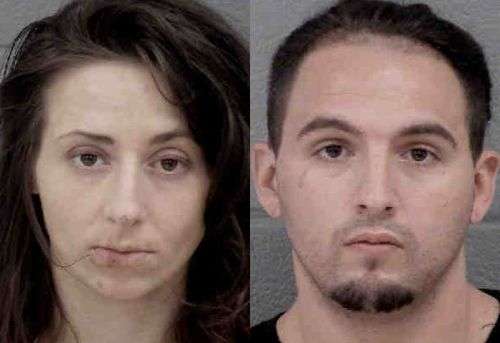 28-year-old Gabrielle Patience Littleton of Charlotte and 30-year-old Jeffrey Brandon Merritt of Elizabethtown, NC have been charged by the Lincoln County Sheriff’s Office with felony counts of common law robbery, possession of stolen goods, and conspiracy.

The suspects are charged in connection to the September 18, 2020 robbery at the Murphy Express Convenience Store at 7120 Highway 73. At approximately 7:00 a.m. on that date, two suspects entered the store. They went behind the counter and began grabbing a case of tobacco products valued at more than $2,000 and then quickly exited the business. The items were thrown into a car and the suspects fled the scene.

A Lincoln County Detective began the investigation and working with other law enforcement agencies he identified the suspects as Gabrielle Patience Littleton and Jeffrey Brandon Merritt.