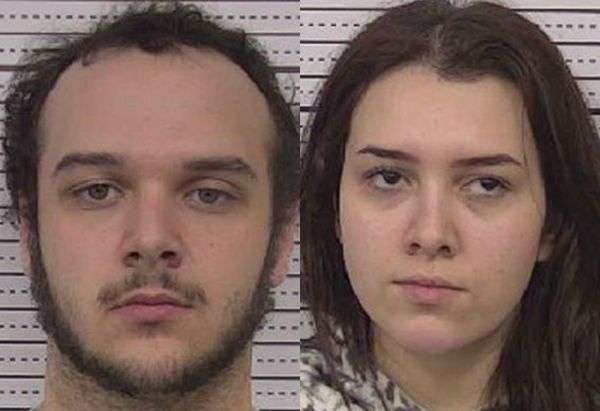 21-year-old Austin Ryan Setzer and 22-year-old Autumn Bryce Setzer, both of the same Pisgah Church Road, Lenoir, address, were arrested Tuesday (March 23) by Caldwell County Sheriff’s Officers. Both suspects are charged with felony counts of first-degree kidnapping and attempt to break or enter a building. Authorities say the suspects are brother and sister.

They’re charged in connection to a case in which an Amber Alert was issued for a 14-year-old Caldwell County girl. At 8:11 p.m. Tuesday, a North Carolina Amber Alert for a child abduction was issued by the North Carolina Department of Public Safety. The alert said that the girl was allegedly abducted by Austin Ryan Setzer and that it was believed they were traveling from Granite Falls towards Lenoir. Shortly after 9 p.m., the Caldwell County Sheriff’s Office announced that the Amber Alert was canceled and that the girl was found in Lenoir and was okay.

Authorities say that the suspects allegedly attempted to break-in to a residence on Turner Road in Granite Falls, resulting in the attempted b & e charges. They were apprehended on Pisgah Church Road in Lenoir. Austin and Autumn Setzer were in custody and booked into the Caldwell County Detention Center before midnight. Austin Setzer’s bond was set at $250,000 secured, Autumn Setzer received a $100,000 secured bond. They remained in jail as of earlier today (March 24). They were both scheduled to appear in District Court today.

The Wilkes Co. Sheriff's Office is asking for the public's help in locating Crystal Dawn…