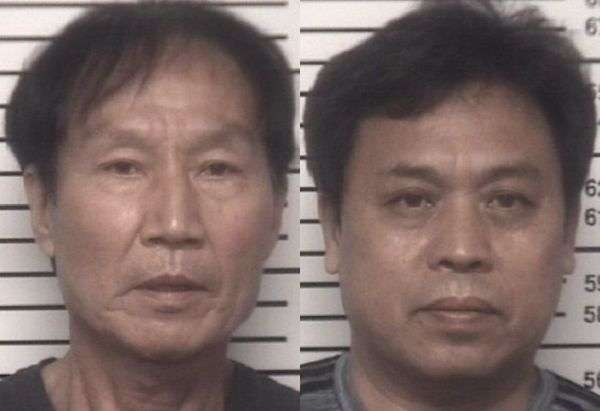 Both LU and LI were charged with felony counts of trafficking marijuana by possession and transportation, possession with intent to sell or distribute marijuana, and conspiracy to traffic marijuana.

During the first traffic stop, deputies spoke with the driver, and only occupant Xuequan LU who lives in Brooklyn, New York. The deputies deployed canine “Bosco” who gave a positive indication to the presence of a controlled substance coming from inside the vehicle.

A search of the vehicle was performed. 118 pounds of high grade Marijuana was located inside the trunk. After taking Xuequan LU into custody, and as this traffic stop was being concluded, the second vehicle drove by the deputies and failed to move over as required by law for flashing blue lights. Based on this unsafe action, the suspect vehicle was stopped.

During this stop, the deputies contacted the driver and only occupant of the second vehicle, Xengming LI, who lives in Woodstock, Georgia. Suspecting that the two vehicles could be traveling together canine “Abby” was utilized at this traffic stop. Abby gave a positive indication to the presence of a controlled substance coming from inside the vehicle.

A search was conducted, and the deputies found 138 pounds of high grade Marijuana inside the trunk. LI was also taken into custody and both he and LU were transported to the Iredell County Sheriff’s Office Narcotics Division for additional investigation. 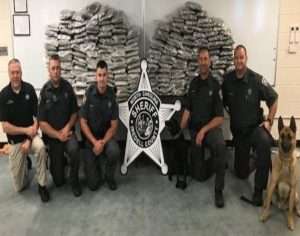 During the investigation it was determined both subjects were in-fact traveling together with a third car which was not located. The estimated street value of the 256 pounds of seized Marijuana was $2,331,440 based off an estimated price of $20 per gram.

Both suspects were brought to the Iredell County Detention Center under $400,000 secured bond apiece. They remained in jail as of earlier today (June 4) and were both scheduled to appear in District Court today.

62-year-old Larry Gene Hibbs of of S.E. Arrowood Street in Lenoir was arrested by Lenoir…