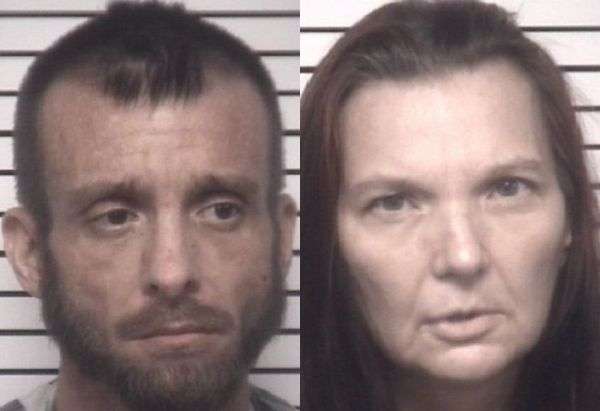 Both suspects are charged with four felony counts apiece of cruelty to animals and four misdemeanor counts apiece of abandonment of animals. Deaton is additionally charged with single felony counts of flee to elude arrest, conspire to traffic methamphetamine, and probation violation, and single misdemeanor counts of reckless driving to endanger, failure to stop at a stop Sign, and driving while license revoked. The animal cruelty and abandonment counts are from Davie County, the rest of the charges are from Iredell.

On Monday, two deputies were following up on a Crime Stoppers Tip at a location off of Bell Farm Road. As the they were turning onto Dogwood Estate Circle, one of the officers saw a blue Ford Explorer traveling towards him, and knew the driver to be Justin Nathaniel Deaton who had outstanding arrest warrants.

Deaton allegedly began to flee from the officers, and he nearly struck the patrol car. The deputies followed vehicle South on Bell Farm Road. The vehicle then made a right onto Salisbury Road, and continued straight onto Nabors Road, running off the pavement at the end of the dead end road and into a large field until the vehicle became stuck.

Deaton got out of the vehicle and reportedly began running. He was taken into custody a short time later. The deputies returned to the vehicle and provided care to female passenger who had sustained injuries when the vehicle got stuck.