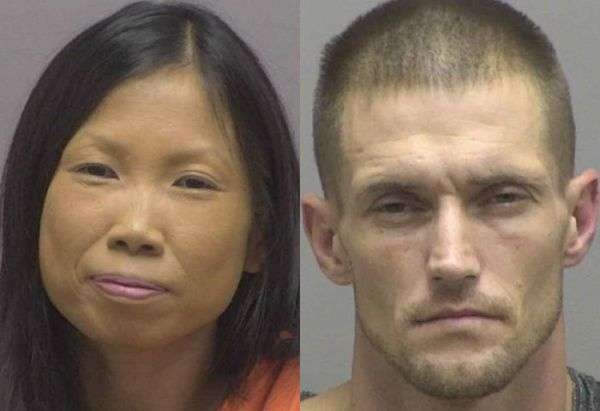 34-year-old Molly Marie Cate and 34-year-old Zakari David Glode were arrested last Wednesday (October 13) by Lincoln County Sheriff’s Officers. Cate is charged with assault with a deadly weapon with intent to kill.  Glode is charged with breaking and entering to a building, safecracking, larceny after breaking and entering, larceny of a firearm, larceny of a motor vehicle, possession of a stolen motor vehicle, possession of a stolen firearm, possession of a firearm by a felon, and ten counts of failure to appear.

Last Wednesday, deputies responded to a shots fired call at a convenience store on the Maiden Highway. Before deputies arrived they learned that one of individuals fled the scene to her residence on Otis Dellinger Road and the other person was walking on Car Farm Road.

Glode was found at a residence on Car Farm Road in Lincolnton. He told officers that he and Cate met at the convenience store on the Maiden Highway. Cate told officers Glode was supposed to allegedly return several vehicle titles that belonged to her. An altercation occurred between the two individuals and a shot was fired from a pistol but no one was hit by the gun fire.