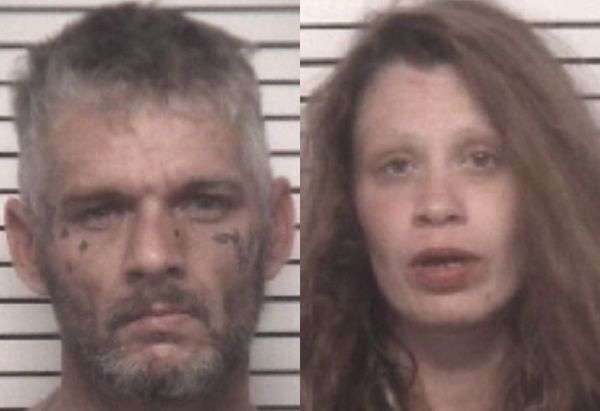 On Friday, Patrol Deputies with the Iredell County Sheriff’s Office responded to an address on Original Drive in western Iredell County in reference to a domestic disturbance. While responding to this call, the deputies received additional information about shots being fired at the location. Soon after arriving on scene, officers determined that Steven Allen Goins had discharged a firearm into Keri Harwell’s vehicle. Deputies found Goins him near a bedroom of the home.

During the investigation, it was verified that Goins is a convicted felon, and had allegedly committed additional criminal acts during this incident. A search warrant for the residence was obtained and executed. The search resulted in the discovery of three firearms, meth, and paraphernalia related to the sale of methamphetamine.

Based on the evidence collected during this investigation, Steven Allen Goins and Keri Alise Harwell were arrested and taken to the Iredell County Detention Center. Goins was jailed under no bond on the domestic violence charges and $50,000 secured bond on the other counts. Harwell received a $7,500 secured bond. Goins remained in jail as of earlier today (April 7), Harwell is not listed as an inmate. Goins has a District Court date April 13, Harwell is scheduled to appear in District Court April 14.

35 new cases of COVID-19 were confirmed Thursday (March 18) in Catawba County, increasing the…