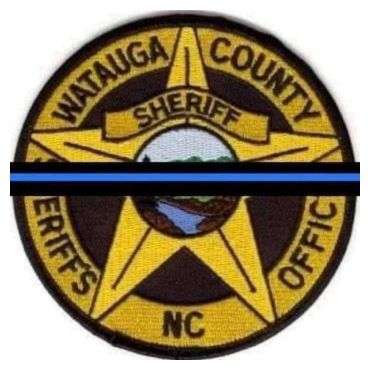 A standoff between law enforcement and an individual at 553 Hardaman Circle in Boone ended shortly before eleven o’clock last night (April 28). Two Officers and two civilians in the residence were killed.

The incident began at about 9:45 a.m. yesterday as the Watauga County Sheriff’s Office responded to perform a welfare check at the home. The homeowner’s employer had called to report that the homeowner did not report to work or respond to phone calls. Deputies entered the residence after they found that all the vehicles belonging to the residents were on the property.

Upon entering, two Watauga County Sheriff’s Deputies were shot by an unknown individual in the residence. K-9 Deputy Logan Fox died at the scene. Sgt. Chris Ward passed away after he was flown to Johnson City Medical Center for treatment. During an initial attempt to rescue the Deputies, a Boone Police Officer was hit by gunfire. He was uninjured due to his protective equipment.

The investigation is ongoing and is led by the N.C. State Bureau of Investigation.