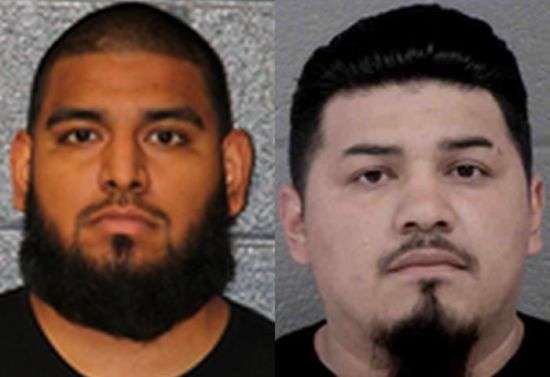 Two individuals have entered guilty pleas in a federal drug case that was investigated by area law enforcement agencies. 27-year-old Salvador Barrera, Jr. and 27-year-old Ricardo Jonathan Gomez, both of Charlotte, appeared before U.S. Magistrate Judge David C. Keesler Friday (October 10) and pleaded guilty to possession with intent to distribute five kilograms or more of cocaine. The announcement was made by Dena J. King, U.S. Attorney for the Western District of North Carolina.

According to filed documents and statements made in court, Barrera and Gomez were leaders of a large drug trafficking organization responsible for the distribution of substantial quantities of narcotics in Charlotte and surrounding areas. According to court documents, over the course of the multi-agency investigation into the DTO, law enforcement seized large quantities of narcotics, including approximately 328 kilograms of cocaine, 26 kilograms of fentanyl, and a kilogram of heroin.

In addition to the narcotics, law enforcement seized approximately 60 firearms, 18 high capacity magazines, more than $2.4 million in cash drug proceeds, over $300,000 in jewelry, two residences, ten vehicles, a boat, and two tractor-trailers with hidden compartments for smuggling narcotics. Barrera and Gomez are currently in federal custody. The drug trafficking charge to which they pleaded guilty carries a mandatory minimum sentence of 10 years and a maximum sentence of life in prison, and a fine of up to $10 million. A sentencing date for the defendants has not been set.

In making Friday’s announcement, U.S. Attorney King commended multiple agencies including the Catawba and Lincoln County Sheriff’s Offices, the Drug Enforcement Administration, the Bureau of Alcohol, Tobacco, Firearms and Explosives, and the U.S. Marshals Service among several others. This effort is part of an Organized Crime Drug Enforcement Task Force operation.