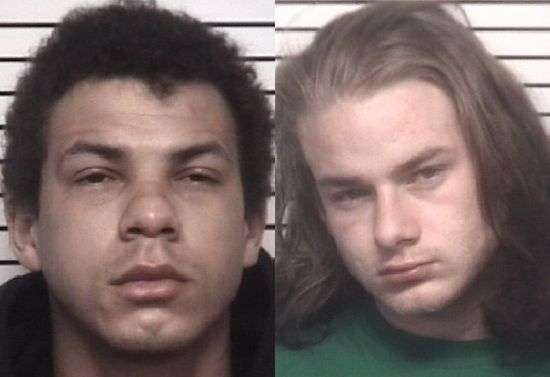 In early February, the Statesville Police Department received numerous reports of houses and vehicles being broken into where several items and lawn equipment were stolen. During the investigation, numerous security cameras were obtained from residences, they contained video footage of the suspects. While taking reports, there were also reports of some lawn equipment being found hidden in shrubbery and those items were taken until the owner of the lawn equipment was located.

On February 9, the Iredell County Sheriff’s Office received information about suspects and possible locations of some stolen lawn equipment. Later in the day, Investigators identified the two suspects, Seagro and Stephens. On February 10 warrants were obtained.