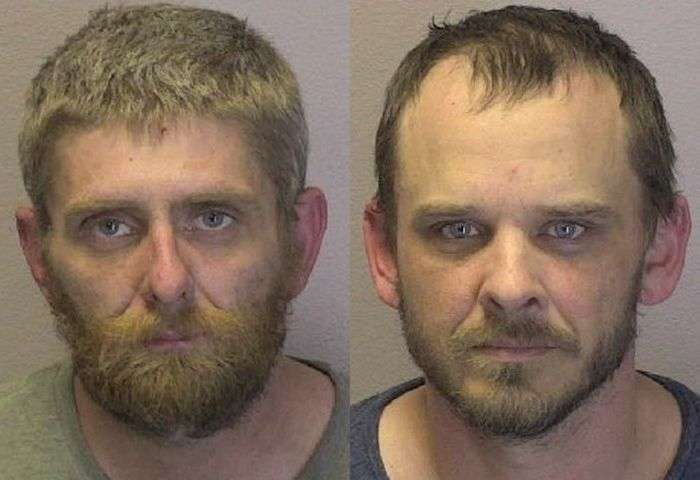 33-year-old Erick Grey Puett of Oran Yount Lane in Granite Falls was arrested by Hickory Police shortly after 5 p.m. Tuesday (April 6) on one felony count of possession of a schedule II controlled substance and misdemeanor counts of possession of stolen property, driving while license revoked, and larceny. Arrested at the same time was 39-year-old Michael Lee Pennell of Ervin Drive in Connelly Springs. Pennell was arrested on a pair of outstanding felony warrants charging him with the sale of a schedule II controlled substance and possession with intent to manufacture, sell, or deliver methamphetamine.

They were arrested following a traffic stop at the intersection of 27th Street N.W. and 2nd Avenue N.W. Officers reportedly found 0.93 grams of meth and stolen property.

Puett and Pennell were taken into custody without incident and placed in the Catawba Co. Detention Facility. Puett was given a $10,000 secured bond, while Pennell’s bond was set at $27,000, secured. Pennell has since been released. Both men were scheduled to make first appearances in District Court yesterday (April 7) in Newton. Puett has another court date coming up on April 28. Pennell will appear in Superior Court on June 7 in Newton.

Two people were killed in a crash in Lincoln County. On Friday (March 26), at…