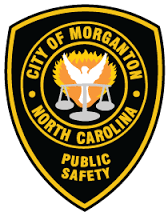 Two people were killed and another sustained critical injuries in a Morganton crash. According to Morganton Public Safety, at approximately 7:30 p.m. last Thursday (December 10) officers conducted a traffic stop on East Meeting Street near Bouchelle Street, after observing a dark vehicle run a stop light, nearly colliding with another vehicle.

The officer noticed debris in the west bound lanes on East Union Street, in the curve, and that the vehicle had left the roadway and travelled down an embankment. Emergency medical services and Burke County Rescue Squad were immediately requested. The driver, Tiffany Traylor, passed away while being transported from the scene by Burke EMS.

The front seat passenger in Traylor’s vehicle, 20-year-old Matthew Lovette of North Wilkesboro, was ejected from the vehicle. He was transported to CHS Morganton and discharged the next day. Two passengers were in the rear of the vehicle. One passenger was pronounced dead at the scene. The other passenger was transported by Medflight to Johnson City, TN Medical center with traumatic injuries and was reported to be in critical condition. The names of those passengers had not been released.

Preliminary investigation indicates that Traylor entered a sharp curve on East Union at a high rate of speed, losing control of the 2012 Hyundai Sonata, in the curve. The vehicle crossed a concrete median, left the roadway and struck a tree before coming to rest approximately 25 feet down a steep embankment. The investigation is continuing.