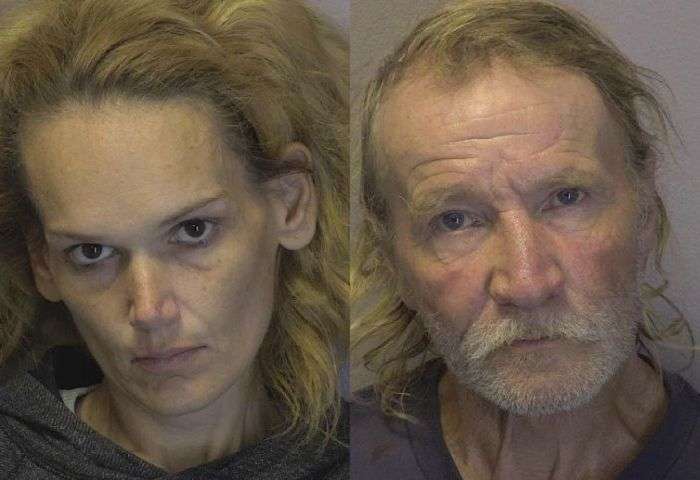 34-year-old Shannon Denise Garcia and 59-year-old David Sean Riser, both from the same address on 3rd Avenue S.W. in Hickory, were arrested Monday afternoon (October 18) by Hickory Police. They were each charged with felony counts of obtaining property by false pretenses and possession of a schedule II controlled substance. Both suspects were also charged with misdemeanor simple possession of a schedule II controlled substance. According to H.P.D.’s arrest report, Garcia and Riser were in possession for 2.7 grams of methamphetamine at the time of their arrests.

34-year-old Joshua Sean Riser of the same address had previously been arrested by Long View Police on October 6 on a felony meth charge. He was also charged with a parole violation.

Garcia and David Riser were both processed at the Hickory Police Department and later released with bond for each set at $7,500, unsecured. They were scheduled to make first appearances in District Court this past Monday (October 18) in Newton with their next court dates coming up on November 9. Joshua Riser remains in jail with a court date scheduled for October 28.

Extra Security Precautions To Be Put In Place For Hickory H.S. Football Games