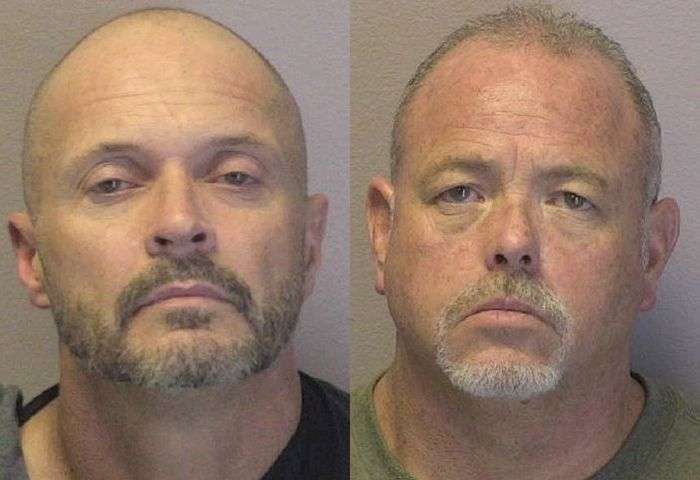 46-year-old John Grady Simpson of Woodlane Avenue and 48-year-old Rickey Dwayne Bolick of Meadowbrook Court, both from Granite Falls, were arrested by Hickory Police shortly before noon yesterday (November 3). Simpson was charged with felony counts of trafficking in methamphetamine and maintaining a vehicle, dwelling, or place for a controlled substance. Bolick faces one felony count of possession of a schedule II controlled substance.

They were arrested after Officers conducted a traffic stop at Grace Chapel Road and Highway 321. During the stop, Officers reportedly found 60 grams of meth, $1,286 in U.S. currency, and drug paraphernalia.

Both suspects were taken into custody without incident. They were jailed in the Catawba Co. Detention Facility with bond for Simpson set at $30,000, secured, while Bolick was given a $3,000 secured bond. Both suspects were scheduled to make first appearances in District Court today in Newton.