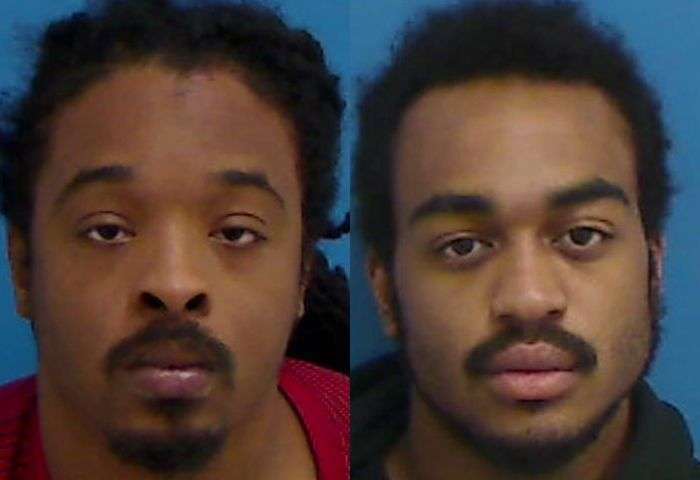 29-year-old Deonte Mysia Clark of Wilson Street in Statesville has been arrested by Hickory Police for attempted first-degree murder. He was also charged with two counts of discharging a weapon into an occupied dwelling or moving vehicle, assault with a deadly weapon with intent to kill, possession of a firearm by a felon, second-degree kidnapping, possession of a stolen motor vehicle, and five counts of discharging a firearm in the city limits. Arrested at the same time was 22-year-old Keon Chrishawn Abraham of East Raleigh Avenue in Statesville. He and Clark both face charges for larceny of a motor vehicle, robbery with a dangerous weapon, and resisting, delaying, or obstructing a public officer. In addition, Abraham was charged with breaking & entering a motor vehicle, two counts of felony aiding & abetting, and fleeing to elude arrest with a motor vehicle.

At about 11:20 last night (December 21), Hickory Police took a 9-1-1 call from an apartment complex on 20th Avenue Drive N.E. regarding a robbery in progress in the parking lot. The caller said two black males were assaulting a female in the parking lot and appeared to be attempting to steal her vehicle. While the caller was on the phone, one of the suspects fired several shots at the caller, who was inside their home.

About five minutes later, Hickory Police took a call from the victim of the reported assault. She said two black males held a gun to her head and stole her 2007 Mazda. While en route, Hickory Police saw the stolen Mazda at the intersection of 16th Street N.E. and 12th Avenue N.E. Officers attempted to stop the vehicle, but the driver sped away.

Clark and Abraham were jailed this morning in the Catawba County Detention Facility. Both men are being held without bond. First appearances in District Court were scheduled today in Newton. Abraham also has a District Court date coming up on December 28.

Anyone with information regarding the case should call Hickory Police at 828-328-5551 or contact Investigator David Moore at 828-261-2686 or dfmoore@hickorync.gov.

A man charged with statutory rape is being sought by authorities in Caldwell County. The…

Reports: Man Found In Vehicle With Gunshot Wounds Passes Away

A Hickory man who suffered gunshot wounds in an incident that occurred in December, 2021…