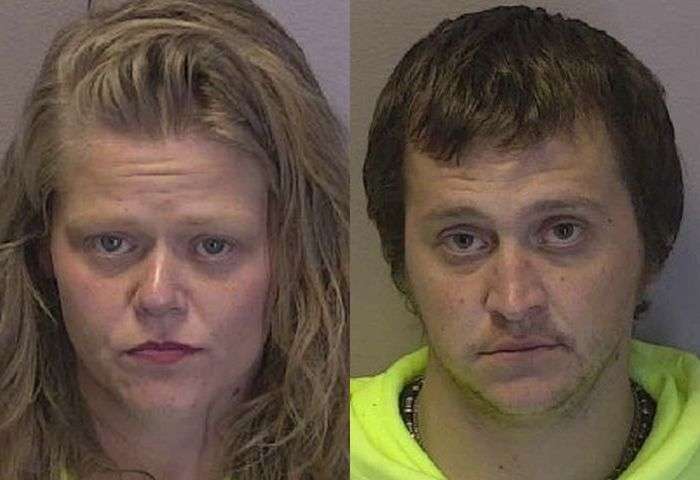 32-year-old Tecia Autumn Booth and 28-year-old Larry Conley Fenner, both of Melody Lane in Lenoir, were arrested by Hickory Police early Sunday morning (November 8) on outstanding felony warrants. Both suspects were charged with felony attempted breaking & entering on warrants out of Alexander County. Fenner was also charged with felony attempted breaking & entering and larceny of motor vehicle parts on warrants from Watauga County, along with misdemeanor possession of drug paraphernalia on a warrant from Caldwell County. Booth was also charged with misdemeanor possession of drug paraphernalia.

They were arrested after Officers stopped a vehicle in reference to a break-in that occurred in Alexander County. During the stop, Officers found drug paraphernalia.

Booth and Fenner were taken into custody without incident shortly after 1 a.m. Sunday at a bank on North Center Street in Hickory. They were placed in the Catawba Co. Detention Facility with bond for Booth set at $40,000, secured, while Fenner was given a $36,000 secured bond. Both suspects were no longer listed as inmates in Catawba County as of this morning (November 9). They were scheduled to make first appearances in District Court today.