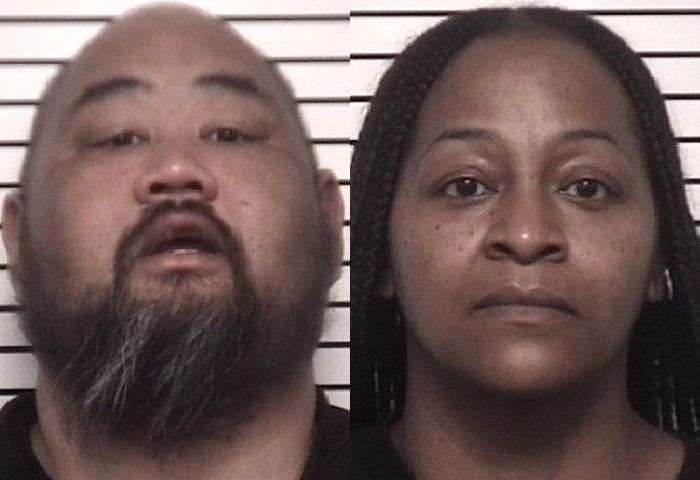 39-year-old Unrai Keoseng of Macon, Georgia and 43-year-old Janeal Maxine Terrell of Marietta, Georgia have both been arrested by Iredell Co. Sheriff’s Officers. They were each charged with felony counts of trafficking marijuana by possession, trafficking marijuana by transportation, possession with intent to sell or deliver marijuana, and maintaining a vehicle for a controlled substance. They were also charged with misdemeanor counts of carrying a concealed gun and possession of marijuana paraphernalia.

They were arrested yesterday (March 7) when Deputies stopped a 2012 Toyota Camry with Georgia tags for traffic violations. The incident occurred on Interstate 77 southbound near mile-marker 60.

Deputies approached the Toyota and spoke with its occupants, Unrai Keoseng and Janeal Terrell, who said they were traveling from Roanoke, Virginia to Marietta, Georgia. Keoseng admitted that he had two concealed handguns that neither he nor Terrell were permitted to possess.

A search of the vehicle was conducted. The two handguns were located. Officers also found 30 vacuum-sealed packages containing 31.6 pounds of high-grade marijuana concealed in garbage bags in the trunk. The marijuana has an estimated street value of over $280,000, per state guidelines.

Keoseng and Terrell were taken into custody and placed in the Iredell Co. Detention Center with bond for each set at $150,000, secured. No court dates are currently listed.

Rush Limbaugh Passes Away At 70