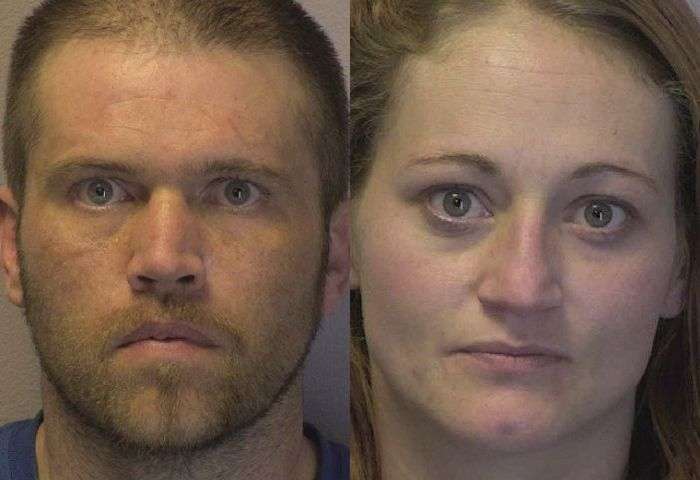 33-year-old Nathan Ray Hall and 31-year-old Jennifer Lynn Reece, both from the same address on Gaynell Street in Conover, were arrested by Hickory Police at about 10:15 a.m. Tuesday (March 30) on several outstanding felony warrants. Hall was served true bills of indictment for breaking & entering, larceny after breaking & entering, and possession of stolen goods. Reece was served with true bills for obtaining property by false pretenses and possession of stolen goods. She also faces two misdemeanor counts of failure to appear on charges of driving while license revoked and driving or allowing a vehicle to be driven with no registration plate displayed. All of the felony warrants were issued on March 1 and the failure to appear warrants for Reece were issued on February 1.

Both suspects were taken into custody without incident at a business on 3rd Avenue Drive N.W. in Hickory. They were placed in the Catawba Co. Detention Facility with Hall’s bond set at $7,500, secured, while Reece was given a $5,500 secured bond. They both remained in jail as of this morning (April 1). Appearances in Superior Court were scheduled yesterday (March 31) in Newton with additional Superior Court dates coming up on May 17. Reece will also appear in District Court on April 12 on the failure to appear charges.