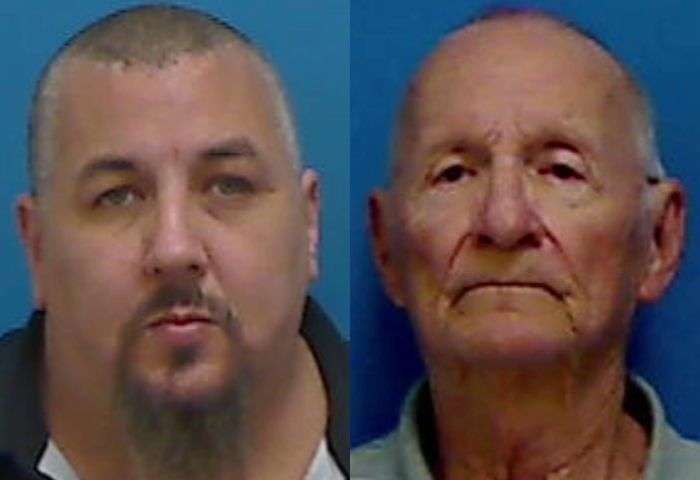 38-year-old David Christopher Ballard and his grandfather, 83-year-old Boyce Howard Ballard, both of Hopewell Church Road in Catawba, have both been arrested by Catawba County Sheriff’s Officers. They were each charged with possession of a weapon of mass destruction. David Ballard was also charged with three counts of possession of a firearm by felon. In addition, he was served with outstanding warrants for assault on a female, assault by pointing a gun, and communicating threats. Those warrants stem from a previous incident.

Yesterday (December 27), Officers obtained information that David Ballard, a convicted felon, was in possession of numerous firearms. Ballard has previous convictions for burglary, kidnapping, assault with a deadly weapon inflicting serious injury, possession of a firearm by felon, and other offenses. He has also been convicted as an habitual felon.

During a search of Ballard’s residence, Investigators located and seized six firearms, as well as ammunition and other firearms-related accessories. One of the seized rifles had been converted into a fully automatic weapon, which also had an illegally shortened barrel. 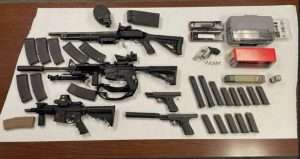 David Ballard was jailed in the Catawba County Detention Facility under a $350,000 secured bond on the firearms offenses and is being held under no bond on the assault offenses. Boyce Ballard was given an $8,500 secured bond. David Ballard remained in jail as of this afternoon, while the elder Ballard is no longer in custody. They were both scheduled to make first appearances in District Court tomorrow in Newton.