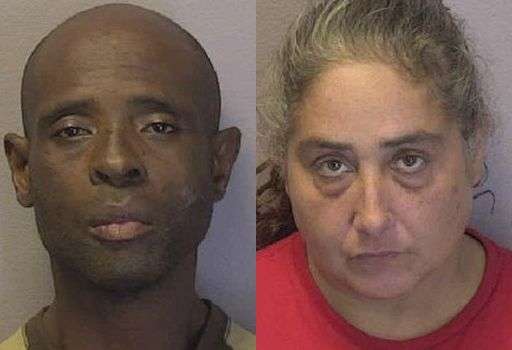 53-year-old Mark Brian Morris, who is listed as a homeless person from Hickory, and 45-year-old Jennifer Joy Runco of 39th Street S.W. in Hickory were both arrested by Hickory Police at about 9:50 last night (September 8). They were each charged with felony possession of a schedule II controlled substance and misdemeanor possession of marijuana.

They were taken into custody without incident following a traffic stop on the 1,300 block of Highway 321 S.W. in Hickory. During the stop, Officers found 0.6 grams of methamphetamine and drug paraphernalia.

Morris and Runco were processed at the Hickory Police Department and later released. Morris was given a $6,000 unsecured bond, while Runco’s bond was set at $2,000, unsecured. First appearances in District Court were scheduled today (September 9) in Newton.