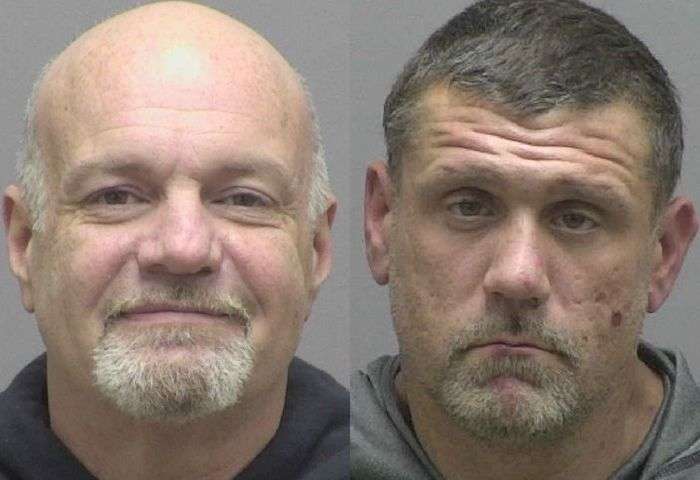 51-year-old Jonathan Micheal Boggs of South Laurel Street in Lincolnton and 37-year-old Matthew Paul Starnes of Hickory have both been arrested on felony drug charges by Lincoln County Narcotics Officers in connection to separate incidents.

On November 2, Investigators arrested Boggs following a lengthy investigation. After employing surveillance and other investigative techniques, Officers executed a search warrant at Boggs’ residence. They seized two pounds of marijuana and 4.5 pounds of T.H.C. edibles, along with $7,620 in cash.

In a separate incident on November 9, Narcotics Investigators operating on a tip stopped a vehicle for a motor vehicle violation on Startown Road in Lincoln County. During the stop, a Lincolnton Police K-9 was brought to the scene. The K-9 alerted to the odor of drugs in the vehicle. At that point, the driver, Matthew Starnes, threw two pounds of meth out the passenger window. The suspect then reportedly tried to dispose of two more pounds of meth by dumping it inside the vehicle. Officers recovered four pounds of meth with a street value of approximately $20,000.

Following their arrests, both suspects were placed in the Harven A. Crouse Detention Center. Bond for Boggs was set at $30,000, secured. Starnes was given a $500,000 secured bond. Boggs will appear in District Court on November 29. Starnes has a court date on December 6.